As of October 7th, the current co-coordinator position – which runs til March 2019 – has been vacant… But vacant no longer! We are excited to announce that Keao Lani has been appointed as Co-Coordinator! 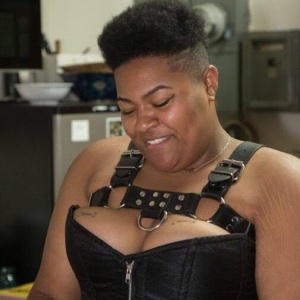 Kea will be working alongside Ms. Cat to implement a wider outreach with focus on folks who are hugely underrepresented in our community, creating club visibility and networking opportunities, enthusiastically continuing growth of our  membership, inviting newbies and alumni alike to a lineage of radical leatherwomen and leatherdykes that ARE The Exiles!